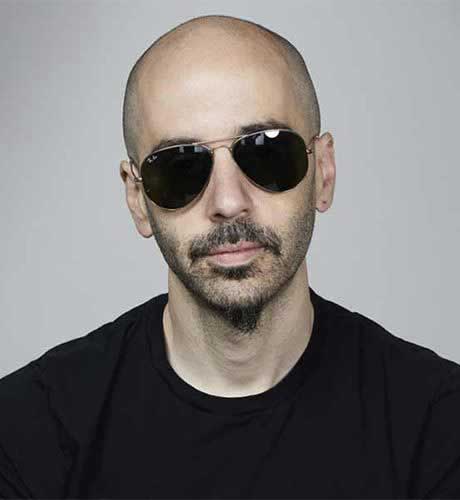 Steve Blanco is a multi-instrumentalist pro musician and filmmaker based in NYC. He is well versed in many styles of music ranging from Jazz to Metal to Ambient, etc. Performing, recording, and touring are a regular part of his creative existence, and he is involved in several projects as leader or sideman. Blanco’s resume also includes composition & film scoring, as well as music instruction.

Over the years, Blanco has garnered positive press for his work in Jazz as leader of Steve Blanco Trio, SBT, which featured Sunny Jain & Adam Roberts. Their work has been called “Progressive Jazz at its finest” & ”Bill Evans trio at its tightest, combined with the rambling, unpredictable theatricality of Ahmad Jamal at his best, and then increase the intensity quotient five notches.” –All About Jazz

Blanco is the bass player for ZRIKU, a Rock Power Trio, bass player for the Black Metal band Imperial Triumphant, and plays keys in Mark Feldman’s Level 5, an instrumental quartet. DÖKK VETUR is another recent project. An ambient duo with guitarist Geoff Gersh. Their debut album Collapse was recently released, and available worldwide. In addition, Blanco has produced and directed nine short films, written two feature-length scripts, and works in a variety of audio/visual fields.

Co-originator of Insomnia Creations
Insomnia Creations, an inspiring group of like-minded ﬁlmmakers, artists, and musicians who contribute through creativity multiple perspectives of the human condition. Successful in the imposing challenge, as to gain exposure so that others may artistically share in the conglomerate endeavor. With similar values, it is proven to be achievable without sacriﬁcing quality and integrity.